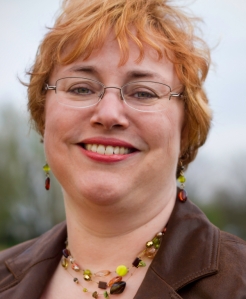 I’m pleased to welcome my friend and critique partner, author Ashlyn Macnamara, as my guest today. Ashlyn has graciously offered a copy of her book and a special surprise gift to one lucky commenter. Welcome, Ashlyn! Please tell us a little about your story, A Most Devilish Rogue.

A little about A MOST DEVILISH ROGUE:

Years ago, when Isabelle Mears was still a young miss too infatuated to know better, she surrendered her innocence to a dishonorable man. Though ruined and cast out from society, she has worked hard to shelter her illegitimate son, Jack. Having sworn off men in her quiet but dignified life, Isabelle is unprepared for the deep longing that rips through her when a handsome stranger rescues her rambunctious six-year-old from the pounding ocean surf.

George Upperton is a man in trouble with debts, women, and a meddling family. He is, by all accounts, the last gentleman on earth Isabelle should be drawn to. But loneliness is a hard mistress, and caution gives way to desire . . . even though Isabelle is convinced that happiness can’t be found in the arms of such a devilish rogue. Only when Jack is kidnapped does Isabelle discover the true depth of George’s devotion—and how far a good man will go to fight for the woman whose love is all that matters.

Ashlyn, please tell us about your future releases? What are you most excited about?

I don’t currently have anything contracted right now. I am working on a new series, though, and crossing my fingers that it sells. I’m not sure I ought to say too much here, but it’s a three-book series set during the late Regency—although not in London. The heroine of the next book is George’s sister Henrietta.  She has taken a job as the paid companion of the cantankerous Lady Epperley, who appears in my debut A MOST SCANDALOUS PROPOSAL, and Henrietta is getting on as best she can when her former betrothed shows up with both kids and bad guys in tow.

Who would you cast to play your hero and heroine in an adaptation of your story?

In my head, George has always been a younger, less scruffy Russell Crowe. One of my friends who read the story protested loudly at this, but my imagination sees what it wants to see. So if Russell doesn’t do it for you,  I give you permission to imagine Ryan Gosling, instead.

You know I adore Russell Crowe…I may be biased, but I can truly picture George being portrayed by a thirty-something Russell. Absolutely gorgeous! Who do you picture for the role of Isabelle?

Isabelle is a little more problematic, because I have a very specific picture of her in mind.  She’s petite with big brown eyes, a bit of an elfin face, and naturally curly blond hair—the kind that falls in a long, loose tangle of curls.  I’m open to suggestions if anyone wants to find me a lookalike.

She sounds like a Charlie’s Angels-era Drew Barrymore with brown eyes. I can picture that. Any other ideas, readers?

So, Ashlyn, what’s your favorite quotation?

This changes from time to time, but right now I’m rather fond of something children’s fantasy author Lloyd Alexander said. “Fantasy is hardly an escape from reality. It’s a way of understanding it.”

Whether you like your fantasy in the form of Middle-earth, a gritty, modern urban setting, or something historical (and I do consider historical romance as a form of fantasy), I believe this to be true.

Okay, Ashlyn, now on to the really important question, at least to an Elphaba wannabe like me. Which would you rather possess: flying monkeys or Toto?

I’m actually more of a cat person than anything, but who wouldn’t want flying monkeys? And, sorry, but Toto was kind of a yappy little thing. If I ever got a dog, it would have to be a big one—one your average cat couldn’t beat up.  A few of my friends are now going to point to this reply and say, “See? I always told you she was evil.” I suppose I’ll have to live with that.

There’s nothing like having flying monkeys around the house to keep those pesky door-to-door salespeople away…and they’re actually very neat and low-maintenance. Okay, another really thought-provoking question: If you could wake up stranded on a desert island with one celebrity hunk (actor, athlete, musician, etc.), who would it be? Why?

Does it have to be just one? Really? Ok, if I must choose (and I reserve the right to change my mind at any time), I’ll pick Richard Armitage. Totally for research purposes, mind you.  I recently discovered the old Robin Hood series that the BBC did a few years back, and Richard Armitage as a tall, dark, brooding, conflicted bad guy, um, did it for me, shall we say. And I’m considering basing a future hero on the character. Oh my, yes. Plus, he’s not so young that I feel like Mrs. Robinson when contemplating his hotness.

I have to admit I’m relieved you didn’t say Russell Crowe…I have dibs on him for my desert island fantasy. If he’s not available, Gerard Butler can always stop by my island for a night or two.

Thanks for stopping by today, Ashlyn. Congratulations on your upcoming release! Readers, don’t forget to comment for a chance to win a copy of Ashlyn’s book and a special, secret surprise gift. The winner will be announced Monday, August 26.

11 thoughts on “Welcome Ashlyn Macnamara, Author of A Most Devilish Rogue”

He never stopped loving her. But can she trust him with her heart?