It’s my pleasure to host author Abigail Sharpe on the blog today. Abigail’s going to give a free e-book of Who Wants to Marry a Cowboy to one lucky commenter (Restrictions apply – please see note at the end of this post). Welcome, Abigail. Please tell us a little about your story:

In the bestselling tradition of Lori Wilde…

SOMETHING BORROWED, SOMEONE NEW . . . 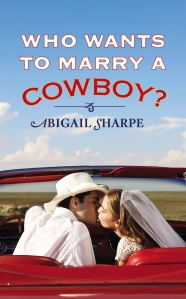 There’s nothing florist Ainsley Fairfax won’t do to help her sister get the love of her life-even if it means taking her place on a bachelorette weekend at a Wyoming ranch so Cecelia can sail off with the man of her dreams. Ainsley is determined to spend the time keeping her head down and her heart safely tucked away-until an encounter with the ranch’s hunky owner gets her heart-and steamy desires-to bloom . . .

Riley Pommer doesn’t want to be lassoed into any relationship. But with the family ranch in dire straits, Riley knows his sisters’ crazy plan to turn the ranch into the setting for a dating competition-and using Riley as the bait-is the only thing standing between them and foreclosure. But the rules of the game change the instant Riley lays eyes on the spirited Ainsley. Now, as others try to stampede over their love, can Riley prove to Ainsley that true love is a prize worth fighting for?

Available now from Forever Yours.

Now, a little more from Abigail:

If you could bring a fictional hero to life, which one would it be? Heathcliff? Mr. Darcy? Mr. Rochester? Tarzan? Captain Mal? One of your own heroes?

Okay, not Heathcliff because I wouldn’t be able to understand him.  Wuthering Heights was required reading in high school and I would have rather done the dishes than read that book.  I could NOT get through that dialect!  Ugh!  Not Mr. Rochester, because he was a selfish bigamist.  (How popular is THAT opinion?)

Bring on Captain Mal or Castle.  Or just Nathan Fillion , even.  But only if he’ll massage my feet.

I’d go with Captain Mal, too…Nathan Fillion would do just fine, too!

“Be who you are and say what you feel because those who mind don’t matter and those who matter don’t mind.” Dr. Seuss

You’ve landed in Oz…Which would you rather possess: flying monkeys or Toto?

A dog that I can drop kick* or monkeys to do my every bidding and can take me places?  Yes, please. *I’m not saying I would.  I’m just saying the dog would probably rather eat my socks than help me travel.

What’s your all-time favorite movie? Why?

Too many to mention, but I’ll pick the more unusual ones (as in, not Princess Bride):  Philadelphia Story and Noises Off.

Philadelphia Story is a fabulous classic with Katharine Hepburn, Cary Grant, and Jimmy Stewart.  There’s one scene where Jimmy is drunk and I giggle every time.

Noises Off was originally a play.  The movie is about a group of actors performing a play and what goes on backstage.  Again, there is much laughter when I watch this movie.  When you’re backstage at a show you have to remain quiet, so some of the movie is just some good ol’ physical comedy.  It has a stellar cast, including Carol Burnett, Christopher Reeves, and John Ritter.  Sardines!

I adore the Philadelphia Story…I love old Katharine Hepburn movies, and Cary Grant had some awesome performances. I’ve neer seen Noises Off, but it sounds terrific. I’ll have to check it out.

I was a HUGE fan of the Celtics in the 80s, the era of Larry Bird (though my favorite player was Danny Ainge).  The talent on that team was amazing.  I love watching Sox games when the fans start chanting “Beat LA!”  Now I follow the Florida Gators (Orange!  Blue!) and Jacksonville Jaguars.  I have high hopes for the next year!  Don’t taunt me.

Okay, I won’t mention I’m a black and gold gal…

If you could wake up stranded on a desert island with one celebrity hunk (actor, athlete, musician, etc.), who would it be? Why?

Let’s go with Ty Pennington.  Because he can build us a boat to take us off the island!  I know I’m a transplanted Floridian, but instead of the beach, I’d rather be in a deserted cabin in the woods (though not the one from the movie) with a river nearby and mountains in the distance.  Thank heavens you’re not interested in THE Cabin in the Woods…too scary!

How can readers find you on the web?

Thank you for having me here today, Tara!  I’ve enjoyed these non-standard interview questions.

Thanks for being my guest today. You can tell I’m a little warped from these questions…by the way, I’m a “flying monkeys” gal, too!

Don’t forget to leave a comment to be entered in the drawing for a free e-copy of Abigail’s new book, Who Wants to Marry a Cowboy. The winner will be announced on Monday, May 20.  *Restrictions: This book may only be gifted to residents in the United States (it’s a “rights” thing) and your comment must be posted by 11:59 p.m. on Sunday, May 19 to be eligible for the drawing. 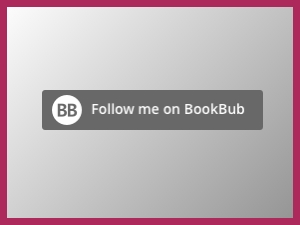 He never stopped loving her. But can she trust him with her heart?